reference for jewellery in economy and politics 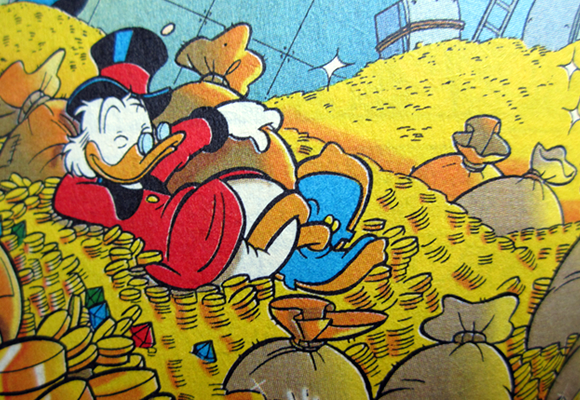 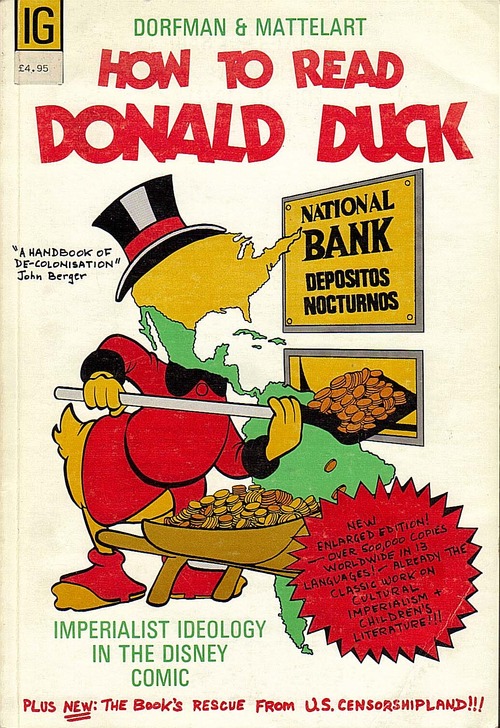 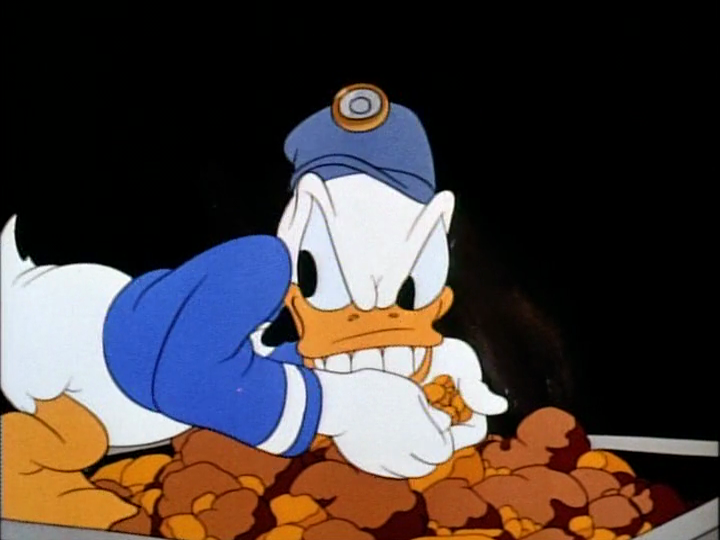 The Donald Duck Universe envisions a world of concurrence, where all the relations are set by the possession of gold and its monetary values. Social mobility in this universe is a question based on luck, where personal intelligence or hard work is kept unexplored.

In many Donald Duck comics, gold appears as a toy with which characters play as amusing children. In that fabricated world there is no harm done to anybody – unlike in reality. The Disney Universe is proof of a world ruled by gold and an exact reflection of the political design it produces. Gold as an actor of the comic plots reduces humanity to the level of a thing and objects possess a life of their own.

In such world, the maker of every golden item is eliminated from the story. Golden objects appear as if they would arise untouched by the human hand and we never see the processes of the production of any artefacts. In the comics there is no production, only consumption where objects are never produced but always purchased. This mercantile relationship is not limited to the level of objects, people see themselves as buying each others’ services and eventually all human exchange becomes a form of commerce.

The comic issue ‘the Golden Helmet’ is an example where a golden object becomes the plot of the comic. Here Donald Duck is enlisted by a museum director in a rival attempt to find a golden helmet. The object of power has the same effect on each of its successive owners: awakening of greed and ambitions of a would-be tyrant. The idealistic museum director is the worst of all; he wishes to change the North American culture to his own ideals. Eventually Donald’s nephew throws the helmet into the sea to end the madness. The golden helmet has an unquestionable power – without words, as a conflictual wearable it brings out a contradictory reaction of its wearers.